A color variation across the body of a carpet, the result of a slight color difference in the dye lots used. This is a very popular look today and many new rugs, both hand-knotted and machine woven, are purposely finished with the abrush style.

A rug pattern, having no medallion, which fills the entire field area.

The result of a chemical wash used to soften colors and give a rug an old or
antique appearance.

Originally a pileless carpet woven in France, usually with a floral medallion in pastel colors. The designs of these rugs have also been adapted to pile carpets and are now woven in India and China.

A type of power loom for making machine woven rugs. Very intricate designs using many colors (The Original Karastan Collection, for example) are possible on an axmin-ster loom.

Graph paper on which a rug pattern has been drawn as a guide for weaving. Each square represents a single knot, the color of which is keyed to the color of each square.

Grooves cut into the rug pile to accentuate the borders and designs, usually found on French and Chinese designs.

Rugs woven in the Caucasus mountain region, a narrow strip of land between the Black and Caspian seas. These rugs are usually brightly colored and feature highly stylized geometric designs.

A colorfast synthetic dye developed in the twentieth century and used to dye wool. Before chemical dyes were developed, natural vegetable dyes were used that were not color fast.

One of the flatweave construction types in which the weft yarns form the flat looped face of the rug.

A level loop technique of weaving where the weft yarn is the face of the rug. Examples are Kelim, Sumak, and Dhurries.

The warp and weft threads of a pile rug. On hand made rugs these are almost always cotton.

The ends created by the carpet’s warp threads that emerge from the upper and lower ends of a hand-knotted rug. On machine woven rugs, the fringe is added after the loom weaving is complete.

A synthetic yarn, usually olefin, used in machine woven rugs. This yarn has the look and feel of wool, is virtually stain resistant and cleans very easily.

A type of power loom having a tight “stitch rate” for making machine woven rugs.

The structure upon which a rug is woven.

The Persian term for an extra wide runner. The 6’ x 12’ size is an example.

One of the flatweave construction types in which the weft yarns form the flat looped face of the rug.

The basic structure in a pile carpet, usually consisting of a strand of colored wool that is usually looped around two warps. It produces the colored tuft of pile on the surface
of a knotted rug.

Dyes made from nature – plants, roots, flowers, fruit or insects. These are sometimes called vegetable dyes.

A rug design in which the field is divided into stylized sections, each of which encloses one or more motifs.

The sheen on the pile of a rug acquired with age and use, or by chemical wash.

Nap of the rug created when the knotted wool is sheared.

A rug design that is made over and over again in different sizes and colors. Both handmade and machine woven rugs are programmed.

A rug once hand-knotted in France in soft colors. Modern rugs of this type are now made in India and China.

Rug pile that is embossed or sheared deeply along design elements to give a relief effect.

The side finish of a rug. Usually yarns are tightly wrapped all along the side edges to create the finished look.

One of the flatweave construction types in which the weft yarns form the flat looped face of the rug. The Sumak is more intricate than the other flatweaves.

An herbal bath in which a rug is dipped to change the yarn coloration to a “tea colored” aged look.

The vertical or lengthwise threads, usually cotton, attached to the two end beams of a loom. The rug is woven by adding the weft threads and the pile. The ends of the warp threads form the fringe after the finished rug is taken off the loom.

The widthwise or horizontal threads, usually cotton, which pass over and under the warp, forming part of the basic foundation of a pile rug. The weft forms the design of flatweave rug. 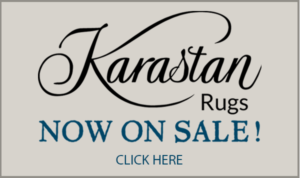